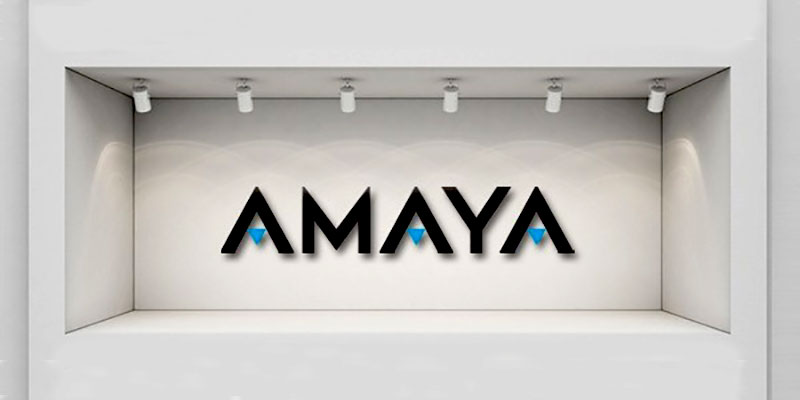 The company was formed in 2004 under the name Amaya Gaming Group. Then, in 2017, a change was made, and the provider is now known as The Stars Group. The main office is situated in Quebec, Canada, but the firm also has other offices in Latin America and Europe.

Maybe once, this name was unknown, but nowadays, the company runs a highly profitable business. It is one of the better software providers for casinos. The company’s operations involve the development, design, production, trade, and distribution of diverse gaming products. Amaya has four different divisions: Brick and Mortar, Online B2B, Entertainment, and Government Solutions.

At the start, Amaya focused on ground-based gaming businesses, but due to trends in the industry, it expanded to internet-based gambling. As an addition to roulette games settled in many old-school casinos, a gaming tablet was another product that this company incorporated. You can find it in lots of casino hotel rooms. This gadget allows players to enjoy games even from the comfort of their hotel beds.

Amaya provides software for more than 300 online casinos and includes some of the most notable sites worldwide. Yet, Amaya’s rarely the sole software provider in those businesses. That means that those operators implemented software of another company and use Amaya’s “gear” as an add-on. This developer stands out from its rivals thanks to its smooth gameplay and excellent graphics.

Alliance With Other Giants

Amaya has teamed up with other well-established software developers such as Betsoft, IGT, Bally, Aristocrat, Leander, etc. The company wanted to diversify and broaden its line of products. In other words, when an institution signs up a contract with Amaya, beside Amaya’s products, it will also receive games from some of the developers from the team.

In June 2014, David Baazov, the head of the company, bought the largest poker rooms, PokerStars and Full Tilt Poker , from two members of Scheinberg family, Mark and Isai. The price was 4.9 billion dollars, and Baazov borrowed 3 billion for the deal. The purchase deal was closed in August that same year.

Faced with various security fraud charges by Canadian regulators, Baazov finally resigned 2016, in August. Later on, in 2018, the Court of Quebec ordered, and the Supreme Court of Canada affirmed, a Stay of Proceedings. This order is equivalent to the United States’ “dismissal with prejudice.” It prevents the court from even formally judging the matter.

But that was not the last that the world heard from Baazov. In December that same year, he tried to deceive the new Amaya’s bosses and buy the company as the “unknown” group of foreign investors. The people accused of partaking in the ordeal denied any involvement.

In November 2016, Ralf Ashkenazi became the CEO of Amaya; and in August 2017, the name was changed to The Stars Group Inc.

In 2019, on October 2, it was announced that The Stars Group agreed to be acquired by Futter Entertainment for six billion dollars.

The company owns licenses from some of the most reputable jurisdictions, which include the U.K. with the Isle of Man, Gibraltar, Alderney, and Malta. Two years ago, Amaya, under the new name — The Stars Group — acquired the New Jersey license.

Also, all of its products are certified by  eCogra and Technical System Testing. In that manner, the provider proves to players that they can rely on the company’s products and services as they are fair and secure. Moreover, Amaya’s software supports many banking options, 24 languages, and various currencies.

Amaya’s portfolio involves popular game titles, and the vast majority of these games come with smooth animations, graphics, and sounds that make them appealing to players.

Amaya has a Jackpotopolis system that connects the vast progressive jackpot community. You can play all these games on your mobile gadgets or opt to download the app. Many games have free-play versions.

In addition to its online platform — Casino Gaming System — this provider is involved in poker, lotteries, sports betting, and bingo. The system offers a complete software solution for online casinos and includes games and back office assistants for operators, which helps them in tracking their business and players.

The provider has an exclusive license to DC Comics casino software and casino games that are Paramount film-based. Besides that, it offers a variety of original table games, even from SHFL Entertainment, slot machines, and number of blackjack and baccarat games in a live-dealer versions.

Vivid and bright graphics and realistic looks are the main characteristics of Amaya’s table games. Card shufflers and cup holders are exciting additions to the tables. The catalog offers some classic games as well as Shufflemaster (Bally Gaming at the moment) ones.

There are a few varieties of blackjack, such as Lucky 7, Single Deck, Vegas, and European Blackjack. A house edge in most of them is below 0.50%, and there is a possibility of multi-hand betting. The Single Deck version has the lowest house edge percentage of 0.26. Compared to that, the live-dealer version has a pretty high rate — 0.71.

Among roulettes, players can find both American and European ones. The latter one comes in three versions — Live, Common Draw, and the standard version.

As for poker, gamblers can choose from the following varieties — Let It Ride, Caribbean Stud Poker, Casino War, Red Dog, and Casino War.

Amaya’s menu of slot games includes over 300 titles, and the majority of them are video slots featuring five reels. As mentioned before, many of them are not Amaya’s but of other respectable providers. This combo of games provides a wide variety of products in the online gambling software of this developer.

For instance, the company enlisted 3D games from Betsoft and ground-based ones from Aristocratic because of their top-notch quality in these fields. Thanks to exclusive rights to Paramount movies and the DC Comics, a flood of superhero- and film-themed slots appeared. Wonderwoman, Batman, and Superman are some of the titles.

As an example of the diversity of Amaya’s games, five slots will be presented here. At the same time, they are the most wanted ones at online casinos. 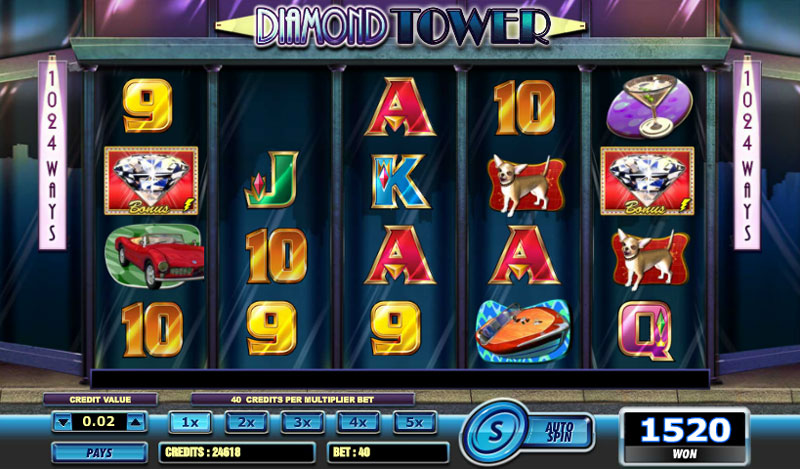 This game is a non-progressive slot featuring 1,024 ways to win and five reels. It is a story about a lady robber who is trying to get her hands on a precious diamond. Your mission is to stop and overpower her by climbing to the top of the tower. Bet size varies from one to five coins.

As you probably have guessed, this lady is the wild symbol, while a gigantic diamond stands for the scatter. Two or more of these stone on reels left to right will initiate the Hold ’N’ Spin Bonus. Also, the scatter will lock in, and you will be awarded three free spins. If extra diamonds occur on your reels during free spins, those reels will be locked in too, and you will get an additional three spins.

If you are lucky to get all five reels locked by the diamond before free spins end, you will be granted entry to the next level — the Break-in Bonus Game. Then, a new screen will open. There, you will be offered six towers. You can choose between six doors. Behind them, there are randomly hidden diamonds and alarm symbols. You have to avoid those lights because they represent the end of this feature.

On the contrary, finding diamonds will take you to the next level of the tower, and you will be again offered to pick a door. At the top of the tower, the 10,000 jackpot awaits the luckiest ones.

The slot, which was released in 2014, is one of Cryptologic’s titles. Avengers has a progressive jackpot, and you can win it while playing these nine paylines on five reels. The minimum bet is one coin per line. Nine progressive jackpots (one per payline) is the slot’s characteristic that makes a difference. 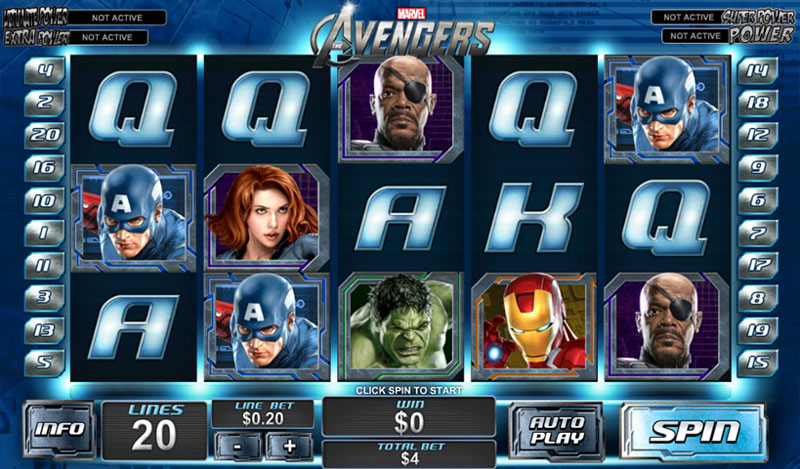 Captain America, as a leader and the oldest among Avengers, is the wild, while the scatter is the Avengers logo. Other familiar faces are also on the reels — Thor, Hulk, and Iron Man. Getting three or more scatters will activate the bonus round. With five these symbols, you will be awarded 100x your bet. Five Captain Americas on a line will get you the progressive jackpot for that line. 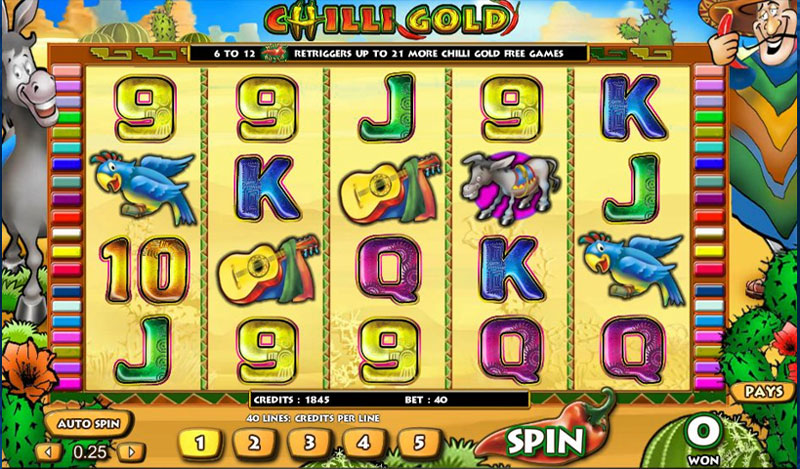 Chartwell Software is the motor behind these forty paylines on five reels. This is a progressive slot. The hot chili is both the scatter and wild symbol in this dynamic slot. It can show on the fourth, third, and second reel only. Also, it can be stacked. Other Mexican characters are a parrot, a donkey, maracas, a chili farmer, and his guitar. In the role of low-paying symbols are, as always, playing cards. This machine has the bet size from one to five coins for a line. But since the paylines are fixed, you must wager on all of them.

Six or more chilies will initiate a round of free spins. The more you get, the higher the number of spins will be (3–21). While you are in this round, bonus golden chilies will appear, plus they may be stacked. The fixed jackpot in this game is 5,000 coins. You will get it with the helping hand of five chilies on the same payline. 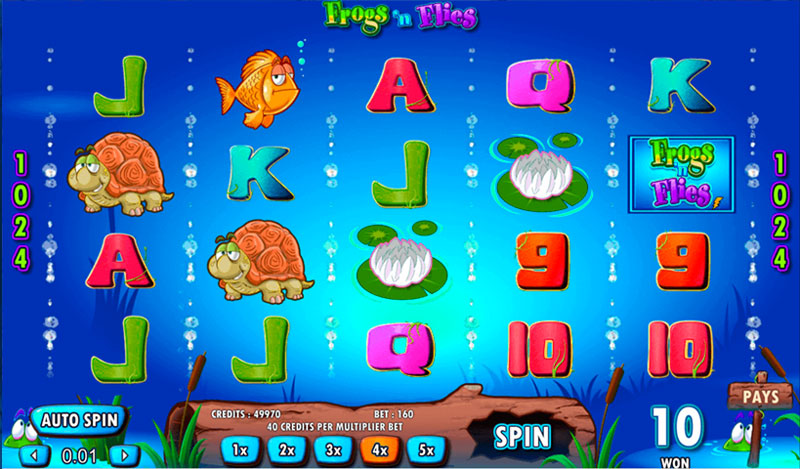 This Amaya slot has five reels and, note this, 1,024 ways to win. The minimum bet for a spin is forty cents.

The Wild frog visits reels two and four only. The scatter is the game’s logo. If you get three of them anywhere on your reels, you will be granted five free spins and two hundred coins. Furthermore, if four of them appear, you will get ten free rounds. Finally, for five of them, you will be awarded thirty free spins plus 25,000 coins (the maximum fixed jackpot). Also, the bonus feature will bring additional wilds. 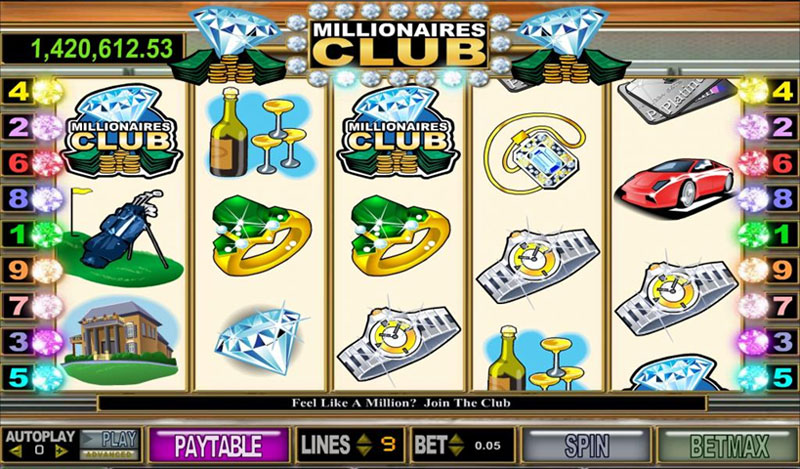 This progressive slot is also the product of Amaya and has three separate versions. They share the same jackpot pool and bonus feature. The first of them offers you the classic old-school slot with three reels featuring one payline and presents you with trendy game symbols like yachts, diamonds, sports cars, and watches. Although this part doesn’t feature multipliers, scatters, free spins, and wilds, it shares, as mentioned, a bonus round and a progressive jackpot.

The second one features nine paylines and five reels. The logo of the game plays is the scatter, which will give you a bonus game (three or more of them) where you will have an opportunity to gain a magnificent prize.

The last version has twenty paylines on five reels. Here, you will also need to have three scatters for the bonus round and the big prize.

Although game titles related to this provider are inviting and games have delicate or even excellent graphics, adequate sound, and other features, one cannot avoid the fact that many of the products are not Amaya-made. So you get the impression that the company takes credit for other people’s efforts. Also, as the records show, Amaya or The Star Group will cease to exist. Or maybe not?